I need some tips!
I recently tried giving it a go but its so hard to follow it through, like every good habit. My memory is now rivaling a fish’s memory. I travel to the nearest grocery shop twice or thrice a day and yet not have that one essential ingredient while cooking dinner or a late night dessert.
The strange part is that I love collecting stationary. All sort of post its, stick on, list makers, different color markers, you name it and I have it. 😛 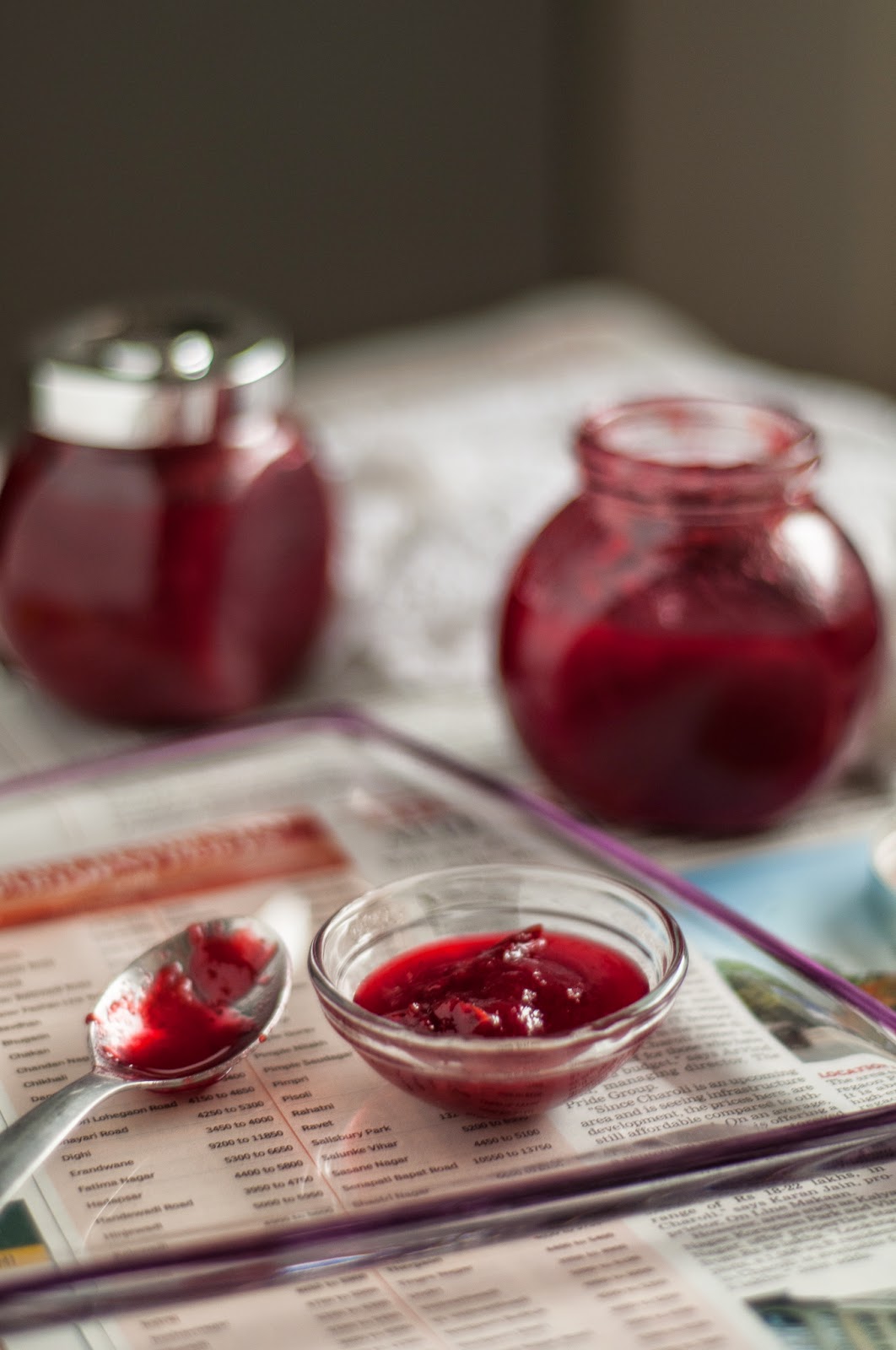 Two days before we were due to leave for IFBM and Ooty trip, I thought why not put in a second recipe for a plum contest that I daydreamed about in office. excited and all ready, I started with the preparation only to realize that half of the plums in refrigerator are now down to only 2 pieces. (now you know why I was talking about lists)
Most kids at the age of Ozzy start with tangy and citrus fruits, but this kid never cease to amaze us. Her favorite fruit is Strawberry but you give her a lemon and that’s it. Its gone even before you even think of taking it back from her to add it to the salad.
Plums were no different. As far as I can remember, I have hardly ever had plums with the peels. They are just too sour for my taste. Ozzy takes all the peels first. Like shes savoring the flavor and eating the best first. 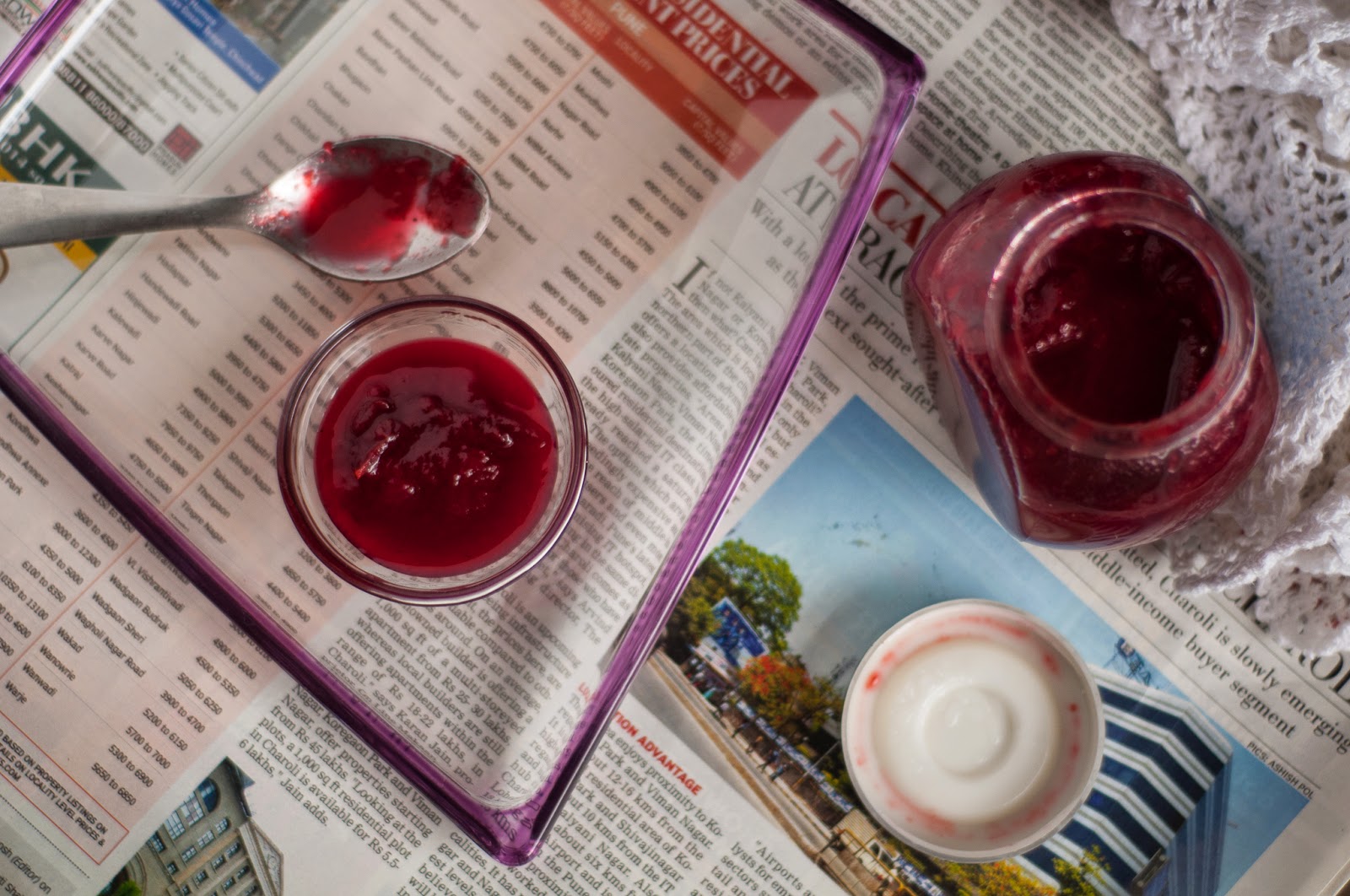 Turning seasonal fruits to jams without pectin is turning out to be a new obsession with me these days. I see them rolling in the market and my research to turn them starts.

For Plums, I took the easiest way out. It is the easiest recipe I have ever worked with. And the results were amazing. 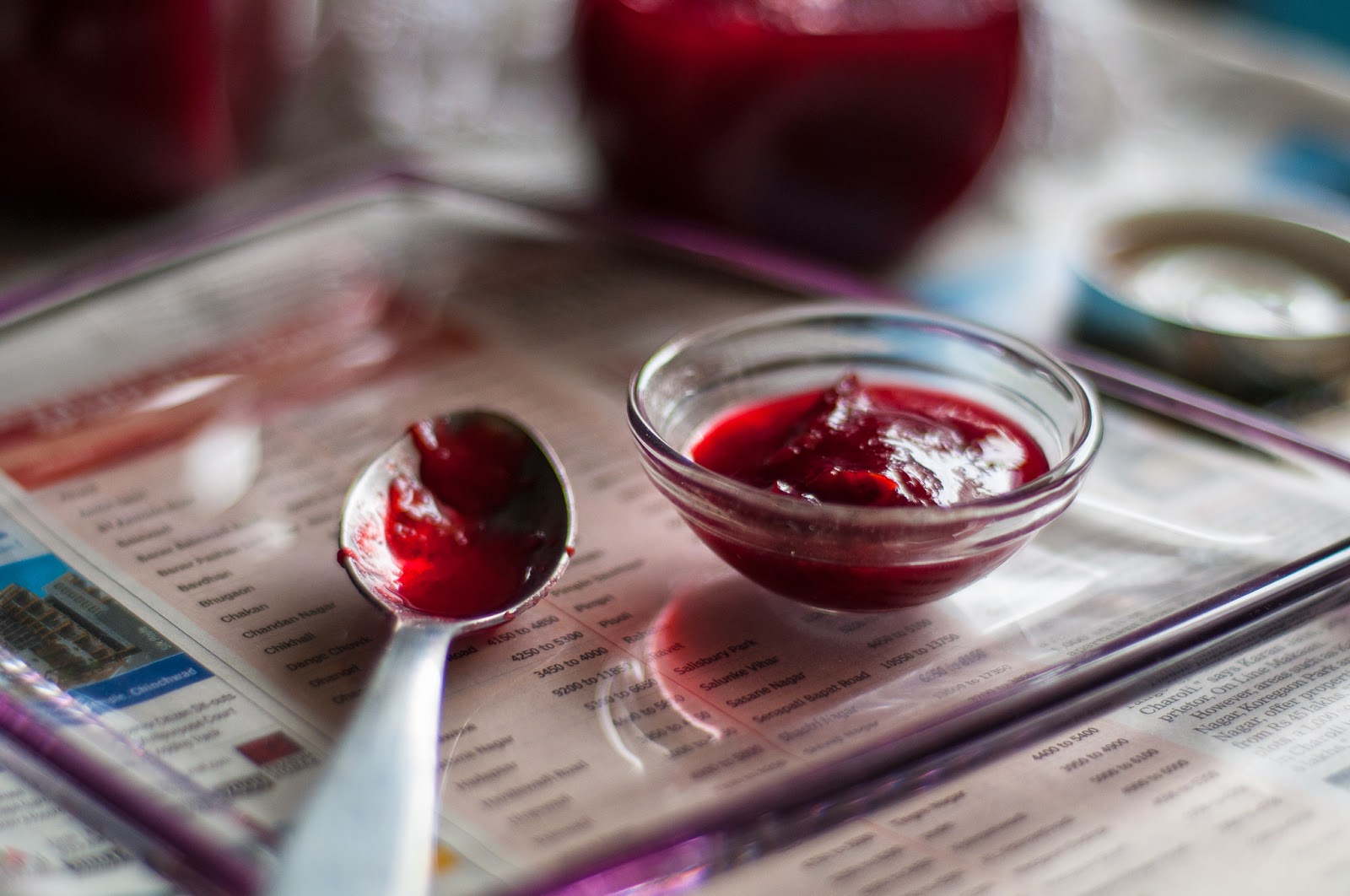 This recipe was adapted from Spoon Fork Bacon

priyankasirohi Anyone makes list here? I need some tips! I recently tried giving it a go but its so hard to follow it through, like every good habit. My memory is… Print This
Rating: 5.0/5 ( 1 voted )

Toss sugar and plums together in a large pot.
Let it stand for an hour or so until all juices are released.
Add Cardamom, cinnamon and lemon peels and put it on medium flame to boil.
Once you reach a boil, put the pot on slow flame and let it simmer for about 30 mins. Stirring occasionally.
Continue to let the syrup simmer until thickened.
Remove from heat and let it rest for 30 – 40 mins.
Repeat boil on medium and simmer on slow flame until the syrup thickens.
Let the jam cool before pouring into sterilize jars.

Wash the jars and preheat the oven to 160 degree C. Keep the jars in oven for a
bout 20 minutes.
Do Not pour hot jam in cold jars. The glass will shatter. Seal jars when they both reach room temperature.

Never made my own preserves before. Definitely something that I need to do, love your cardamon, cinnamon and plum recipe.. thanks for sharing it!

Hi Brianna,
This makes about 2small jars.
Thanks

Hello,
I would really like to make this recipe. How many jars does this recipe make?
Thanks, Brianna

Glad you liked it Thalia 🙂